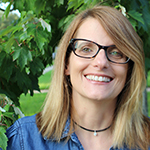 Heather became Chief Operating Officer at Open Door Mission in 2017 after serving as a counselor and, more recently, as Program Director. She is a Licensed Chemical Dependency Counselor (LCDC) and has worked with non-profit agencies for twenty years.

Prior to joining the Mission in 2014, Heather started her career as an intern at the Bay Area Council on Drugs and Alcohol (BACODA) in 1999. She obtained her LCDC in 2000 and began her career as a counselor. In 2002 she was promoted to Program Director. As Program Director, Heather was responsible for the programmatic administration of a $1.5 M Substance Abuse Prevention Block Grant received from Texas Department of State Health Services (DSHS), formerly Texas Commission on Alcohol and Drugs (TCADA). The Prevention Department also received funding from United Way and she was responsible for all fiscal reporting, program implementation, audits, and HR related duties.

Heather has dedicated her life to serving others and has spent her career working with adults, at-risk youth, their families, and the homeless. She is passionate about the work that she does at Open Door Mission and believes that each man who enters the program has the ability to transform his life and become the man that God has called him to be.

Heather surrendered her life to Christ 23 years ago. She has devoted her life to helping others who are unable to help themselves.